Back in the day of Super Bowl 39, it was the Patriots vs the Eagles and the Eagles lost. Now, it is 13 years later and they are facing off once again for the gold. The NFL Playoffs determines which teams go to the Super Bowl and which teams do not. It starts with 12 teams who make it to the postseason  and they compete to eliminate the other teams until there are only two teams left. Those teams go to the Super Bowl to fight for the glory. 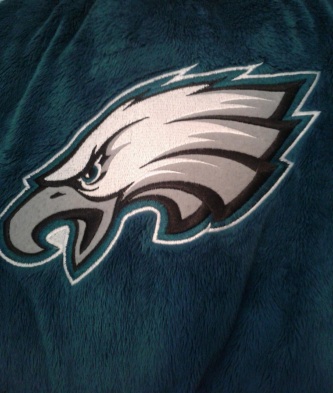 This year, after a thrilling matchup between the Jaguars and the Patriots, and after a not so thrilling match between the Eagles and Vikings, the two teams fighting for glory will be the Eagles and the Patriots. Ashley Flyte, a Pennsylvanian native and lifelong Eagles Fan, was interviewed to see what she thinks of this year’s playoff results and what she thinks this year Super Bowl will be like.

She was amazed when she heard that the Eagles made it to the NFC Championship game, saying, “I was amazed that they finally made it this far after so many years. I was happy for them to fight their way through and they didn’t give up.” When she was asked about her thoughts about the Eagles facing the Vikings, she replied with, “Well from what I heard, the Vikings were going to be a pretty tough team, but the Eagles really gave it their best and I was surprised that we beat them.” She was expecting the Eagles to beat the Vikings, but she missed the first quarter of the game. She is excited about Super bowl LII and happy that the Eagles made it. She hopes that the Eagles can beat the Patriots and take home the victory that they have been waiting for.