Near the end of February 2022, everyone around the world could feel the heat rising in Russia. On the 22nd, Putin was authorized to access Russia’s military force from Parliament. More specifically, for use outside of the country. By the 23rd, Ukraine calls a state of emergency throughout the country as Russian forces gather around the border. On the 24th, Russia invades and attacks Ukraine entirely unprovoked. No one knows what is going to happen next, but the president of Ukraine is on the front lines defending his people. Volodymyr Zelenskyy is the one leading this fight.

In the industrial city of Kryvyi Rih, in southern Ukraine, Zelenskyy was born to Jewish parents. He grew up as a native Russian speaker, as did many others in Ukraine’s Dnipropetrovsk area, but he also learned Ukrainian and English. He enrolled at Kryvyi Rih Economic Institute, a local branch of Kyiv National Economic University in 1995 and received his law degree in 2000. However, his career took him in an entirely different direction. During college, Zelenskyy’s focus soon became theater and the production of local plays. He put together a group named after his childhood neighborhood (Kvartal 95) that participated in an improvised comedy competition. Zelensky and his group became regulars, appearing on the show until 2003. In the same year, Zelensky co-founded Studio Kvartal 95, which would go on to become one of Ukraine’s most successful and productive entertainment studios. 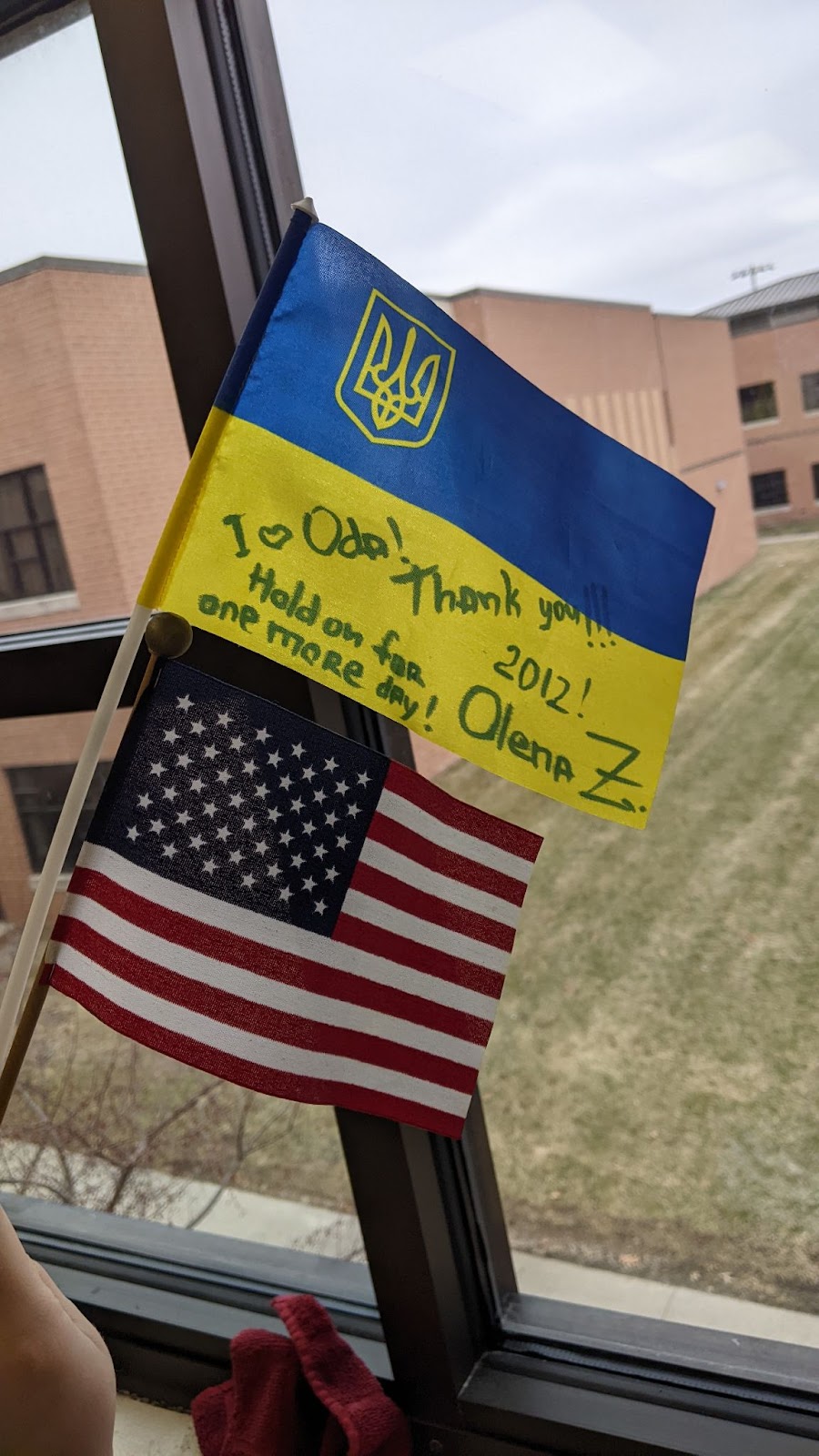 Many presidents, prime ministers, and leaders around the world are well-known political figures before taking on the role of leading a country. However, Zelenskyy played many roles before leading Ukraine. After his startup as a creative director in the studio he co-founded, Volodymyr starred in multiple movies, won Ukraine’s Dancing With the Stars, and voiced the Ukrainian dub of Paddington. Although he is most recognized for the hit show, Servant of the People, where his character unexpectedly becomes president after one of his students in high school films a video of his rant against government corruption. Similarly enough, Zelenskyy based his campaign on the prevention and dissolution of government corruption. The Ukrainian people admired his efforts. He won the presidential election on April 21, 2019, in a landslide, holding 73 percent of the votes. After taking office, trust in President Zelenskyy and his government skyrocketed. Trust in public institutions, in general, has increased in comparison with the beginning of the year. The most trusted institutions are civilian volunteer organizations, veterans of the Donbas war, and the Ukrainian army. Zelenskyy has met frequently with the heads of the anti-corruption institutes. He has publicly demanded that these agencies prove their efficacy. Most of these bodies have scored only modest achievements so far. Arrests and investigations have not yet led to court rulings, and this will not be an easy process. Even so, he has made it a point to fight corruption from continuing in Ukraine and finding the perpetrators of the previous government.

As the war continues between Russia and Ukraine, the outcome remains unknown. However, Volodymyr Zelenskyy continues to lead the country and his people in a rally to the end.